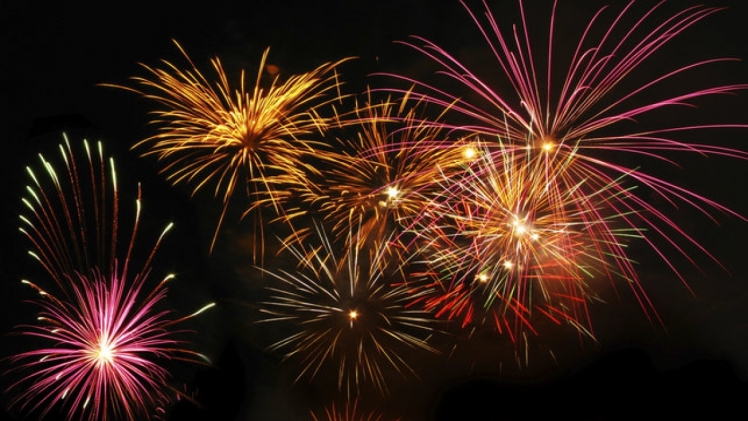 People all over the world welcome the new year, but not all celebrate it in the same way that Americans do, or even on the same day. Although people have different traditions and customs, most people feel grateful for the year that has passed and are optimistic about what is about to begin.Here are some of our favorite New Year’s traditions around the world

In Brazil, the New Year is considered a time to reflect on the past and make new resolutions for the year ahead. Everyone wears white as the color symbolizes luck, prosperity and is meant to drive away evil spirits. As the tradition goes, fun-lovers gather on the beach dressed in white robes, where they jump seven waves – a lucky number in Brazilian culture – for good luck and as an offering to Lemanza, the goddess of the sea. In the form of throwing flowers in the water.

During the Scottish New Year’s Eve celebration of Hogmanay, “first-footing” is practiced throughout the country. The first person to cross the threshold of the house in the new year should keep a gift for luck. Scots also hold bonfire ceremonies where people parade with giant fireballs swinging at the poles, believed to symbolize the sun, to purify the coming year.

According to Scottish beliefs, the first person to cross the threshold of your home after midnight on New Year’s Day should be a man with dark hair if you wish to have good luck in the coming year. Traditionally, these people bring gifts of coal, salt, shortbread and whiskey, all of which contribute to the idea of good fortune.

Every year millions of Americans gather on their television sets to watch the ball drop at midnight. In 1907 to ring in January 1908, New York Times owner Adolf Ochs created the program to draw attention to the new headquarters of the Times, and it has been an annual pageant and one of the most popular New Year’s Eve celebrations of all time. The tradition of exchanging gifts is also prominent. People go to online gift app and websites and get the best gift to wish their near and dear ones.

One of the most popular New Year’s traditions in Denmark involves the breaking of plates and old dishes. Danish residents save their unused utensils and lovingly smash them against the doors of their family and friends as a way of warding off evil spirits.

In Spain, locals would eat exactly 12 grapes at midnight to honor a tradition that began in the late 19th century. In the 1800s, vine growers in the Alicante region came up with this tradition as a means of selling more grapes at the end of the year, but the sweet celebration quickly took hold. Today, Spaniards enjoy eating a grape for each of the first 12 bells after midnight, in the hope that it will bring about a year of good fortune and prosperity.

The Greek celebration of the New Year is also known as the Festival of St. Basil, honoring the founder of the Greek Orthodox Church. Every year, many celebrations take place as a means of attracting luck and bringing prosperity. An onion, for example, is traditionally hung on the doors of homes as a symbol of rebirth, and on New Year’s Day, parents wake children up by tapping the head with an onion. Another customary Greek tradition is consuming the Vasilopita, or St. Basil’s cake. This cake is baked with silver or gold coins inside and whoever finds the coin in their icing is considered especially lucky in the coming year.

Back in Bombay we used to make an effigy of an ‘old man’ symbolizing the old year and lit it at midnight. The burning symbolizes the passing of grievances from the old year and makes room for the birth of the new year. Bombay is very cosmopolitan and was home to people of different religions, so we had a ton of different festivals, but this one was united across ages and religions. In India, The tradition of sending a happy new year gift to friends and family to extend love and warm wishes is still there no matter which country you belong to.

This New year, send some love and wishes to your near and dear ones and start the new year with a new beginning. Happy new year