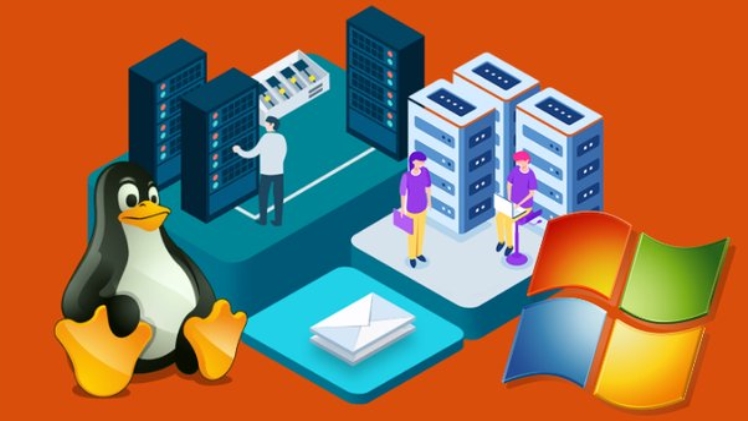 Everything About Linux Hosting

Linux hosting, in which websites are stored on servers running the open-source Linux OS, is the most common web hosting due to its low cost and adaptability.

Linux virtual private server plans are now among the most in-demand offerings in the industry. A virtual remote server is personal, and the server’s resources are yours to use, whatever you choose.

Virtual private servers (VPSs) are the next best thing to having your server. Although many users may use the same computer, each user’s data is kept separate and secure.

The flexibility to increase or decrease your server’s resources is an excellent feature of Linux VPS hosting services.

It implies that you may quickly add extra processing power, memory, or storage space if you are approaching a limit. As your company expands, you won’t have to upgrade your package as quickly as this feature permits.

Hosting on Linux vs Windows and About Fynd Platform

Linux hosting is based on free and open-source software like Linux and Apache, whereas Windows hosting uses proprietary software from Microsoft (IIS).

While each hosting model offers a unique set of benefits, only some options are without drawbacks. There are good and bad aspects to both systems. Fortunately, most web providers provide both, allowing you to choose the plan that best suits your needs now and adjust as your site grows or shrinks.

Linux has been widely used as an OS for businesses since the early days of the internet. Linux is the backbone of many web hosting providers’ offerings. A “Linux server” is the term for this kind of machine.

As a bonus, unlike other operating systems, Linux does not need annual licence costs, which might result in cost savings depending on the host OS. Ultimately, more service providers provide their software and hardware on the open-source Linux platform, giving you a more comprehensive range of options when selecting a web host.

One potential drawback of a hosted Linux solution is a need for more assistance with tweaks and possible issues. By doing background research, ensure that your web host has Linux hosting expertise.

If you’re setting up a new server but still need to settle on an OS, Linux is a great option. Of course, you’ll want to think about why you should choose Linux and what makes this system appealing before making a final choice.

Linux’s popularity and use have increased year after year. It may have a little market share now, but that doesn’t mean it isn’t a formidable foe in the battle for server supremacy.

Cloud servers running on Linux are more reliable than Windows-based ones. Performance on Linux-based dedicated servers does not degrade over time.

In addition, memory leaks and server outages are less common on Linux machines. Because it is open source, the Linux platform is immune to virus threats because a community of programmers constantly checks for and fixes any vulnerability.

This is because Linux is a community effort, not the property of any one individual. Linux’s open-source nature is meant to spur greater creativity in the server arena, so the server evolves and improves over time as fresh perspectives are added.

The Linux platform is very flexible and accommodating. Because Windows does not support scripting languages like PHP, Perl, and MySQL, often used to create dynamic web content, Linux is a better choice than Windows for cloud server hosting.

The Linux-based infrastructure supports a wide variety of software, from desktop and server programmes to embedded software. Cloud server architects can only install the necessary components underlying server hardware and saving capacity.

The Result Is Complete Secrecy

Recently, there has been a lot of talk about how Windows 10 needs to provide more privacy settings. The operating system now collects more data than ever to create detailed profiles of its users. While this may improve usability for some, others may find the resulting loss of privacy intrusive. Because Linux is very adjustable, you can easily remove any programmes you don’t trust, and the operating system gathers very little personal data.

Hosting your applications and data on a Linux-based cloud server provides centralized resource management, service level agreement (SLA) protection, and vendor-managed infrastructure, all of which simplify and improve infrastructure management and maintenance. Organizations may save money and time by outsourcing IT tasks to a third party, allowing them to concentrate on their core competencies and rapidly roll out cutting-edge applications with no capital expenditures and little provisioning.

Why Use Linux Virtual Private Servers?

An excellent Linux virtual private server may do wonders for your website in various situations. Online store entrepreneurs often use this service. Every savvy e-commerce merchant should pay attention to the speed improvement, customizable flexibility, and increased security, even if their shop is modest and includes few products.

When it comes to managing heavy traffic, several virtual server solutions shine. The adaptability of virtual servers is invaluable for such projects, which demand ever-increasing amounts of RAM and CPU. However, you should allow a Linux VPS’s usefulness to more than just web hosting. In addition, you may set up your system to facilitate the following:

There Are Certain Drawbacks To Using Linux For Web Hosting

Many Different web hosting platforms can be run on Linux. Before selecting whether a Linux hosting platform is best for your purposes, you should be aware of a few of the drawbacks of this platform.

There are a few drawbacks to using Linux as a host, the most significant being the potential for higher costs. Fewer service providers can meet the demand, as fewer people utilize the feature. Another potential drawback is that you may require technical expertise to use Linux hosting. Getting your website up and running might be challenging if you are unfamiliar with the platform.

Additionally, there are web servers that are more secure than Linux hosting, which might be problematic. While viruses are less frequent on Linux systems, they may create problems. As a result, there may be better options than Linux hosting if you value a virus-free website.

If you’re searching for a web host with industry knowledge and the ability to give timely service, Linux is an excellent choice. However, it has a few drawbacks that might make it more challenging than alternatives like Windows or Mac OSX hosting. Before making a final choice, it’s essential to consider all options.

Most importantly, remember that desktop and server platforms are fundamentally different when deciding on a Linux distribution for your web server, and focus on usefulness instead. However, some Linux variants work well as desktop OSes but are not suited for use on servers.

As you may have noticed, several highly notable people are absent from the suggested distributions up there. In this article, we will focus on the ones that work best as web hosts. We recommend CentOS or Debian if you are looking for a Linux distribution.