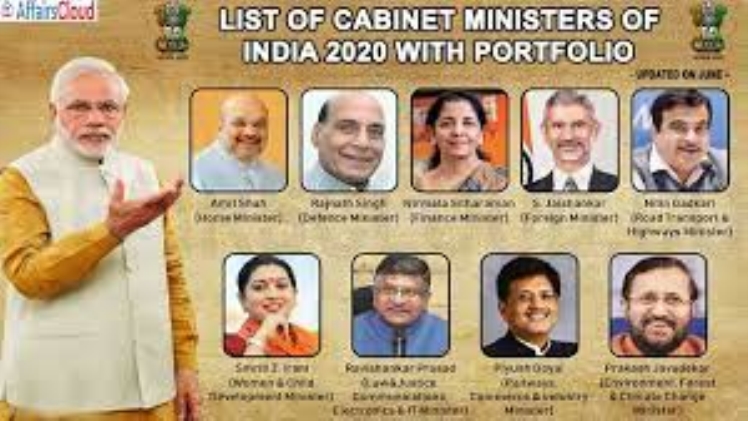 All you need to know about cabinet ministers of India

Cabinet ministers or secretaries are the specific titles for members of a cabinet. A cabinet is a group of influential state representatives usually made up of the most powerful members of the executive branch. A cabinet can serve as a collegiate decision-making body with shared accountability, or it can also serve as a merely consultative body or an institution that supports a head of state (President) or head of government (Prime Minister) that makes decisions. The Cabinet Ministers of India is headed by the nation’s Prime Minister and consists of 30 members, including the PM. Cabinet ministers of India pdf in Hindi and English is available online; the list of cabinet ministers is of utmost importance if you are preparing for any government recruitment examination. You can download the pdf in your preferred language for your reference.

In the cabinet, many senior ministers hold significant positions in the sectors of defence, home affairs, textile, Information and Technology, transportation, and education. It gained the status of a constitutional body following the passing of the Constitutional Amendment Act of 1978 (commonly known as the 44th Amendment). For this reason, the Prime Minister must consult with them on crucial matters. So to develop policies and decisions on essential national issues, the cabinet meets as frequently as feasible.

Here are some interesting facts about cabinet ministers that you might be interested in, so continue reading!

Roles and responsibilities of cabinet ministers of India

The Council of Ministers of the Union Government is composed mainly of the Cabinets of India, which also serves as the body responsible for making group decisions. All of the significant responsibilities of the federal government are represented in the cabinet. One of the most well-known departments is the Ministry of Home Affairs, followed by the Ministries of External Affairs, Defense, Finance, and Trade.

In addition to attending meetings called by the Prime Minister or any of the Ministers to discuss matters relating to his ministry, the cabinet’s duties include advising and supporting the Council of Ministers. More importantly, the cabinet has to keep the Houses of Parliament confident while the party is in charge of the Union government. Holding the two Parliaments responsible for their policies and actions is the responsibility of the entire cabinet. Further, the duties of a Cabinet minister can be summaried as follows:

Who appoints the cabinet ministers of India?

That was it! These are some facts about cabinet ministers of India. Hope you found this article helpful and have gained all the necessary information you were looking for.